The History of Laser Eye Surgery

Laser eye surgery may be a relatively new technique, but ophthalmologists have achieved a lot during its brief history.

The laser itself was not invented until 1960 and the type of laser used in eye surgery was not developed until 1970 - and even then it was regarded as a tool to manufacture microchips.

Thanks to pioneering work by researchers in Europe and the USA, huge technological advances have been made over the past 30 years and more than 20 million people around the world have benefited from improved vision as a result of laser eye surgery.

Key milestones along the road to today’s advanced technologies have included: 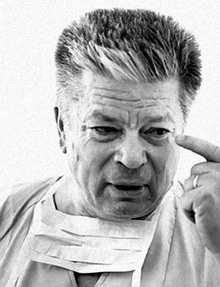 In 1974, renowned Russian ophthalmologist Svyatoslav Fyodorov developed Radial Keratotomy, which involved using a hand held scalpel to change the shape of the cornea in order to treat myopia. While this was a major step forward in surgical techniques, it was extremely difficult to perform and relied on the surgeon being highly skilled with a scalpel.

Dr Fyodorov claimed he had the idea for Radial Keratotomy after a boy shattered his glasses in a fight and cut both his eyes. Once the surgeon removed the fragments of glass from his eyes, the boy’s vision improved, leaving Dr Fyodorov to wonder what the effect of precision cuts to the eye would be. The story may well be apocryphal. 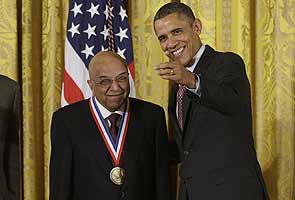 IBM researcher Rangaswamy Srinivasan discovered that the Excimer Laser the company used to etch computer chips could be used to remove living tissue without heat damage to the surrounding area. He realised that this technique, known as Ablative Photodecomposition, had the potential to revolutionise surgery.

Columbia University’s Stephen Trokel quickly identified that the Excimer Laser technique could have applications in eye surgery. He collaborated with Dr Srinivasan on a research project and, in 1985, published a paper that explained how the technique could be used for Radial Keratotomy. 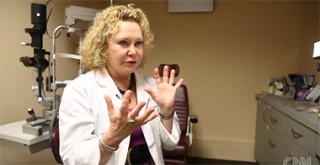 In 1987, Theo Seiler performed a Photorefractive Keratectomy (PRK) - a procedure similar to Radial Keratotomy, but using a laser instead of a hand held scalpel - on a human cadaver eye at the Free University Medical Center in Berlin.

The following year, Marguerite McDonald of Louisiana State University Eye Center performed the first PRK on a live human eye. The procedure proved a success and rectified the patient’s myopia. 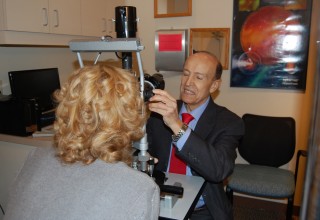 A number of eye surgeons in both Europe and the US identified that it would be possible to improve on PRK and their work resulted in the development of Laser Assisted In-situ Keratomileusis, more commonly known as LASIK. In this procedure a flap thinner than a human hair is cut in the cornea, before laser treatment is applied to the exposed tissue and the flap is repositioned to allow it to heal.

Gholam Peyman is widely recognised as the inventor of LASIK, as he was granted a patent for it in the US in 1989, and was awarded the prestigious National Medal of Technology and Innovation by Barack Obama for his work. However, Greek surgeon Ioannis Pallikaris was simultaneously working on the same ‘flap and zap’ idea and it was he who performed the first ever LASIK surgery in 1990.

Early research and development of laser eye surgery focused on the treatment of shortsightedness, but Marguerite McDonald realised it could have other applications. In 1993 she became the first surgeon to use PRK to treat long-sightedness. 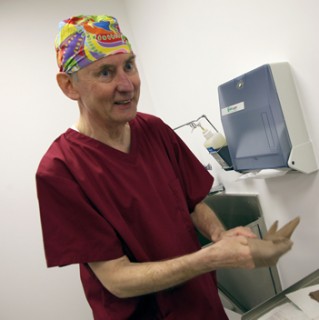 In the mid-1990s Dimitri Azar, of the Massachusetts Eye and Ear Infirmary, began to develop a procedure that combined the benefits of PRK and LASIK. His work was built on by two groups of ophthalmologists working separately, one based in Manchester and the other led by Italian surgeon Massimo Camellin.

LASEK involves the epithelium being displaced to allow laser treatment to be applied, before the epithelial flap is put back in place. It has grown to become the second most popular type of laser eye surgery behind LASIK, partly because it can be used to treat patients with thin corneas.

In 2001, the Manchester-based group - which included Visualase’s own Dr Stephen Doyle - published the first peer reviewed paper on the technique, in the British Journal of Ophthalmology.

They originally used the name Epiflap for the procedure, but it has since become more commonly known as Laser-Assisted Sub-Epithelial Keratectomy or LASEK for short. 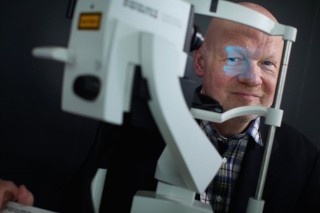 Josef Bille, of the Institute of Applied Physics at the University of Heidelberg, first realised that lasers had the potential to improve eye surgery techniques in the early 1970s and began work on what would become Wavefront technology in 1978. He continued to develop the system throughout the 1980s and 1990s, until it was approved for use as part of the LASIK procedure in 2002.

Wavefront is a measurement system that can scan the eye in great detail, identifying even the smallest errors. This allows surgeons to create a precise 3D map of the eye, which enables them to be more precise when carrying out procedures.

In 2012, the European Patent Office named Professor Bille as the European Inventor of the Year in the Lifetime Achievement Category for his work on Wavefront.

Ioannis Pallikaris continued his research into laser eye surgery techniques and by 2003, he had developed Epi-LASIK, a procedure that is similar to LASEK but does not involve the use of an alcohol solution.

German ophthalmologist Theo Seiler was one of the pioneers of laser eye surgery in the 1980s and continued his groundbreaking work over the next two decades. In 2002, he came up with the idea to use corneal topography diagnostic technology for laser surgery.

By 2008, the idea had evolved to include both Topography-Guided LASIK treatment and Topography-Guided Optimised Corneal Reshaping. The technology allows precision mapping of the cornea to be undertaken prior to surgery, which studies have shown helps to produce the best outcomes for some groups of patients.

At Visualase, we utilise a selection of the techniques and technology described above - including Wavefront-Optimised, Wavefront-Guided and Topography-Guided procedures - to ensure you receive the treatment best suited to your eyes.

Click here to find out more about Visualase’s treatments and how they could benefit you.

All eye surgical procedures carry a level of risk including not obtaining the desired outcome, through to varying levels of visual loss. Your eye surgeon will discuss the risks and benefits, including ones specific to your circumstances, at the time of your pre-operative consultation.